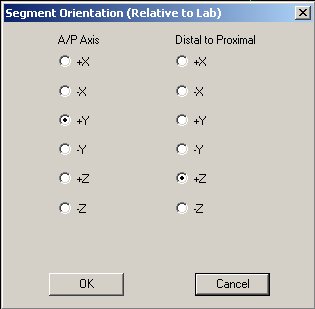 Some segments are created in ways that don't suit this convention, so the segment coordinate system must be modified.

This is one of the consequences of the fact that the hands and the feet are considered distal segments; somewhere in the body two proximal ends must meet (e.g. often this is between the pelvis and the thorax/ab segment). To work around this so Visual3D can create a "joint", the thorax segment is defined as stated in the previous paragraph. This means that for this thorax/ab segment that the z-axis points down. 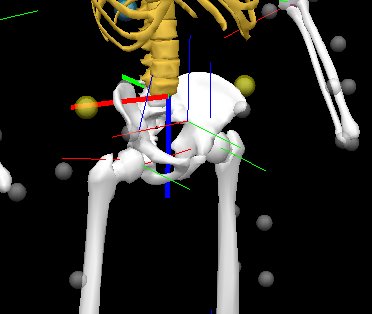 If you compute a segment angle of the thorax/ab segment relative to the lab (or virtual lab), you will get a rotation of 180 degrees about the x-axis because of the inconsistent definitions. It is usually easier to interpret the joint/segment angles, if the z-axis points vertically up.

After the segment has been created, switch to the Segment Properties' Tab.

Select the segment in the Segment Name combo box.

Select the A/P axis and Distal to Proximal axis to suit your needs.

Note that Visual3D will only let you create a Right Hand Coordinate system. 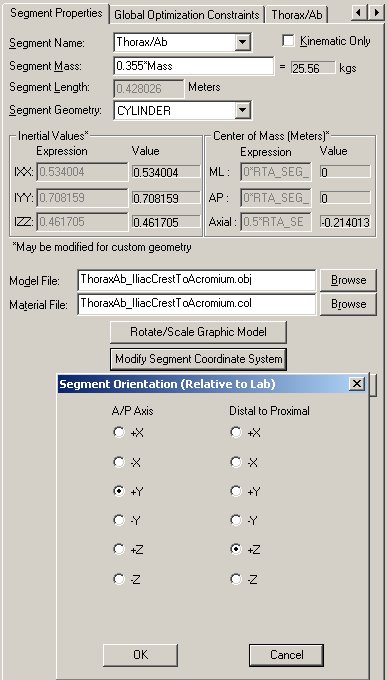 change the selections as follows: 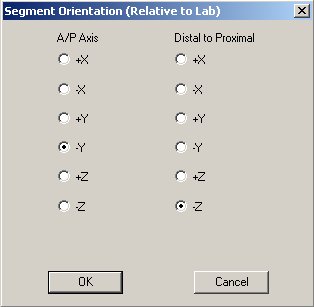 The resulting segment coordinate system is now pointing up 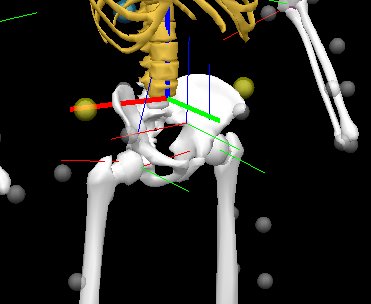 In this image a joint angle of the pelvis relative to the thigh will be almost zero, which is what makes intuitive sense.