Difference between revisions of "Locate3D Overview"

Locate3D tracks radiopaque beads in X-ray trials. It is most often used to track objects (e.g., bones and implants) with implanted beads. If the object contains three or more beads in fixed locations, and these 3D locations are known relative to the object's CT coordinate system, then the beads' 2D locations in the X-ray images can be used to calculate the object's 3D pose in the X-ray lab frame. Locate3D is thus similar to X4D, except that it uses multiple beads to determine the pose of an object, instead of the contours of the object itself. Locate3D requires that the configuration of the X-ray equipment has been calculated (with CalibrateDSX), and that the locations of the beads in the object's local frame have been determined (with Surface3D). 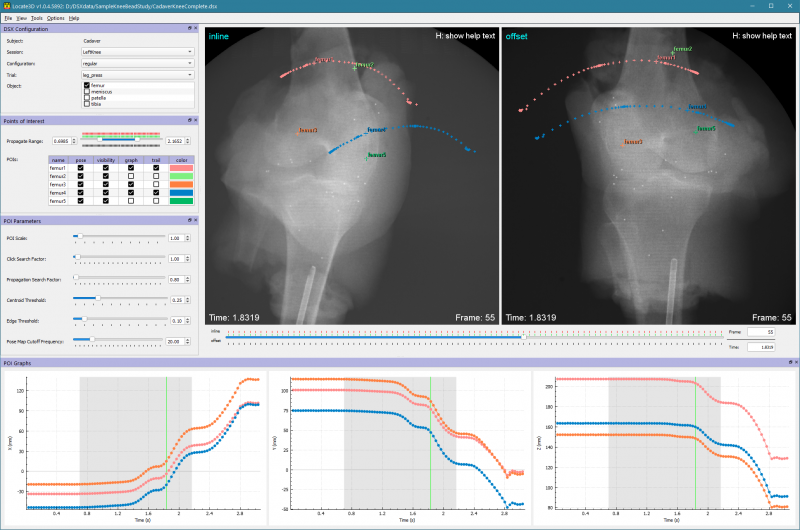 How To: Track Objects Using Points of Interest