In version 4 we have implemented an interface for computing functional joints from existing data files. This interface is an alternative to the existing pipeline command.

NOTE that the list of functional joints (the white box on the left) is blank. You need to first define which landmarks you want to process - as Landmarks in the model builder -

The alternative is to open/apply a model template on top of the streaming data with predefined values. This eliminates the need for the older .ini files. Note also that this exercise (defining joint names) need only be done once since they can be saved in a model template.

Note: If you already have an older .ini file with functional joints defined, you can import it via the Load Functional Joints... button at the bottom left of the screen.

After accumulating and defining the landmarks, select the Model Builder Realtime icon on the Toolbar

Start Streaming the Data from the Functional Movement Trial. Select the Streaming plugin compatible with your Motion Capture System. In this example, I have referred to the C3D File Streaming Emulator that all users are provided. 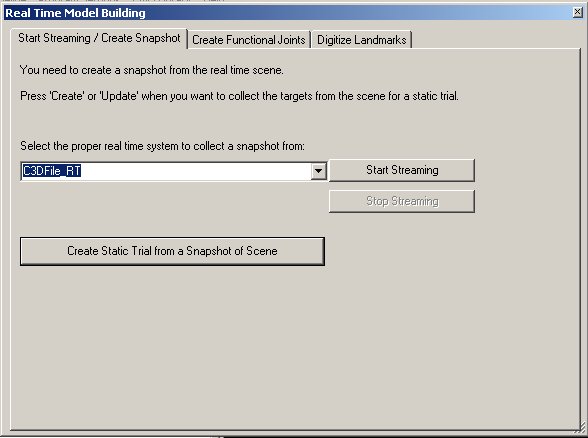 Highlight the landmarks to be computed and select Start Collecting Frames 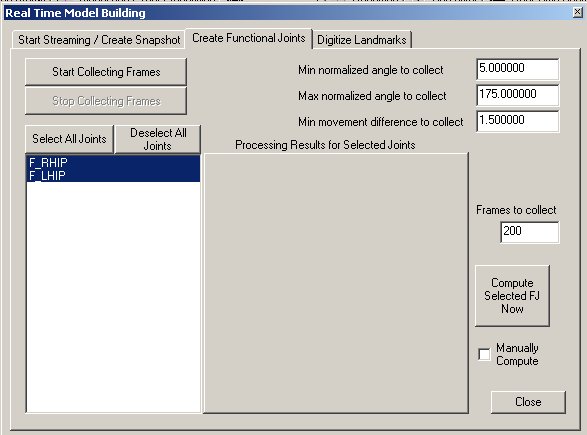 During streaming of the data Visual3D is searching for a set of unique poses. The number of poses is specified in Frames to Collect. If the parameters have been defined such that it doesn't seem to be able to accumulate the total number of poses, you can over ride the number and force Visual3D to compute the landmark by selecting the button 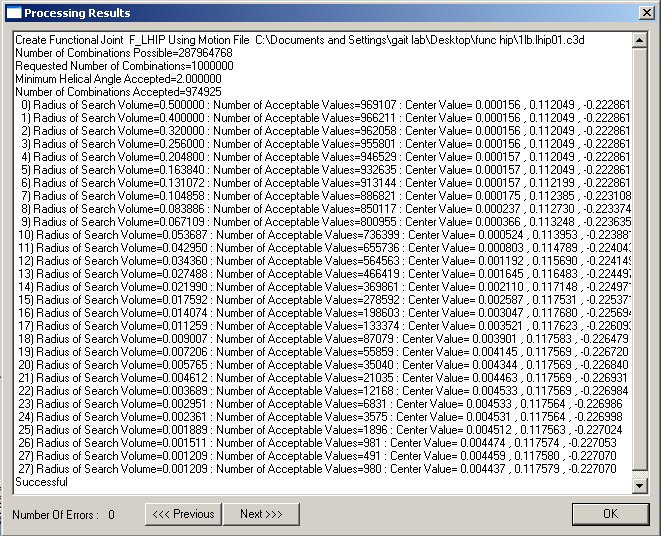