The properties of the functional joint are defined in the Model Builder : Landmarks : Functional Tab

Step 1. Switch to the Landmarks Tab in Model Builder Mode 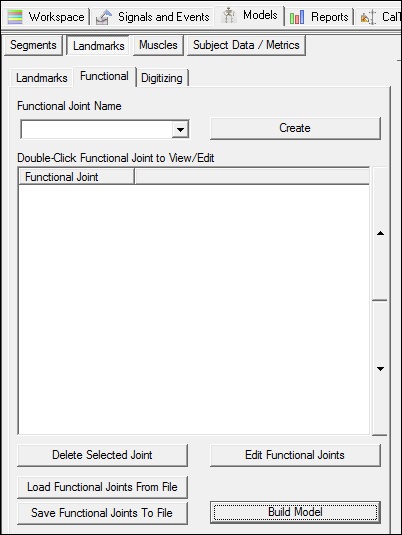 Step 2. Select one of the default landmark definitions from the combo box and create.

Alternatively, you can specify a custom landmark name.

Note that you can save and load functional joint definitions to a file for future use. 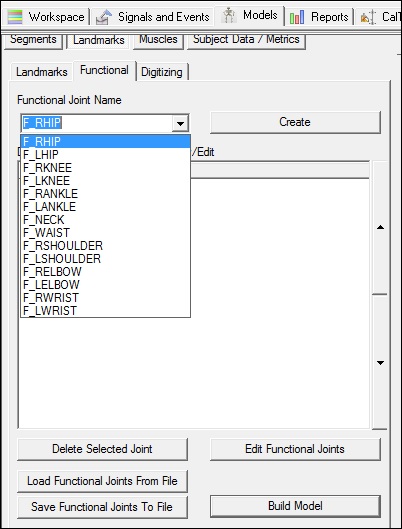 Step 3. Assign the markers/segments for the two segments surrounding the joint 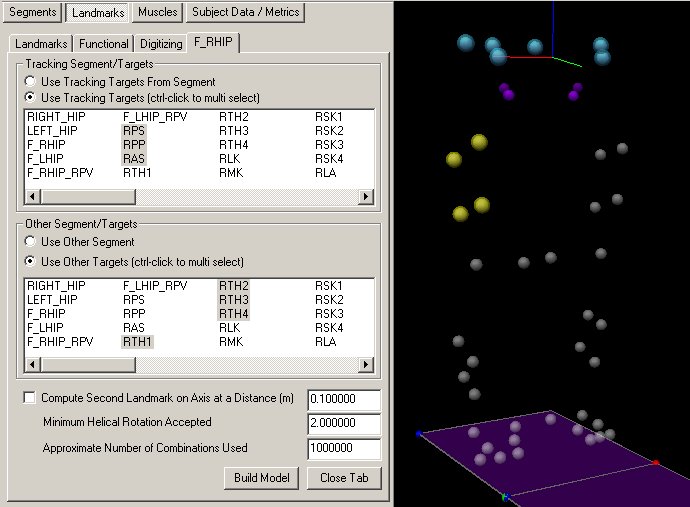 The other segment/targets refers to the segment that is moving relative to the Tracking segments.

Originally, the Tracking was referred to as the Reference

There are 3 options available.

Which targets/segments are actually used in the computation?

Regardless of whether the user selects Targets or Segments, Visual3D creates a technical coordinate system (TCS) to represent each segment for the computations. This is done to ensure that a segment exists because it is possible that the segment definition depends on the functional joint being computed.

Visual3D chooses the three markers (from however many were selected) to be used for the TCS definition. Three markers define the vertices of a triangle. Visual3D searches for the triangle with the largest area, then uses these 3 targets. Visual3D then searches for the two vertices of the three selected that are the farthest apart, and these become the proximal and distal end of virtual segment from which the TCS is defined. The TCS is tracked, however, with all of the Targets that were selected.

If the resulting landmark is defined relative to Targets (e.g. not to a segment), Visual3D uses the three markers that made up the TCS.

If the resulting landmark is defined relative to a segment, Visual3D transforms the landmark from the TCS into the Segment Coordinate System. 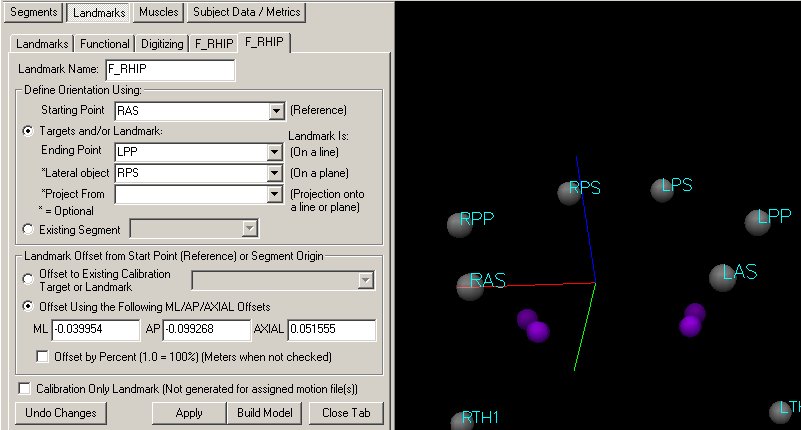 In this case, Visual3D elected to define the landmark relative to RAS, LPP, and RPS of the possible 6 Targets used for tracking the segment. 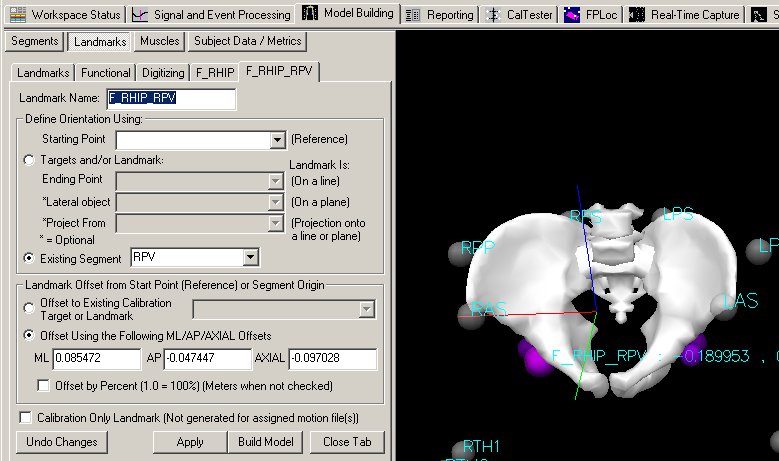 The same landmark can be defined relative to the pelvis segment rather than to markers.

If you have created the landmark for use in defining segments (e.g. calibration only), it doesn't really matter whether you define the landmark relative to segments or landmarks.

If you have created the landmark and would like to use it for tracking, it is advisable to define the landmark relative to a segment.