The origin of the pelvis segment coordinate system is defined as the mid-point between the ASIS markers. When creating the Coda pelvis the user can enter the offset of the radius of the motion capture markers. This will create the ORIGIN at the midpoint of the ASIS anatomically rather than the mid-point of the motion capture markers. (The value of the marker radius gets stored as a Subject/Data Metric called TARGET_RADIUS_ASIS.)

The x-axis is defined from the ORIGIN towards the Right ASIS.

The z-axis is perpendicular to the (x-y) plane.

The y-axis is then the cross product of the z-axis and x-axis.

If the markers have been placed accurately, the pelvis segment coordinate system will typically be tilted forward about 20 degrees, which is unfortunate for the calculation of the hip angle, but can be resolved using virtual segments (see Segment Examples 5).


These estimates are adapted from the articles


Note that if the ASIS markers have been placed medial or lateral to the palpated landmark because the subject is overweight or because the markers can not be placed at these locations, it is important to measure the inter-ASIS distance and enter this value into the Subject Properties TAB.

For some subjects the ASIS markers may be difficult to place precisely on the ASIS, so they get placed laterally.

This results in an ASIS distance that is too big, and this directly affects the location of the Hip Landmark.

The ASIS distance is a Model Metric value that can be modified.

Switch to the Model Metrics Tab: 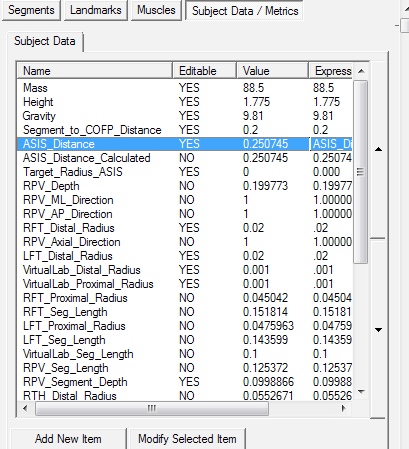 Select the ASIS_Distance item and select the Modify button 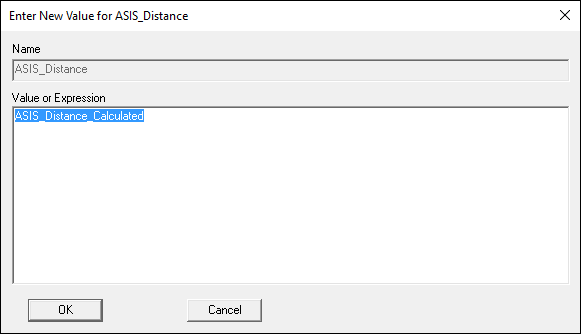 Enter the measured value of the ASIS distance. 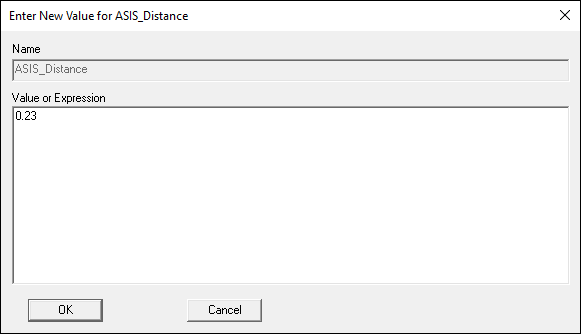 The hip landmark will be based on this ASIS distance.